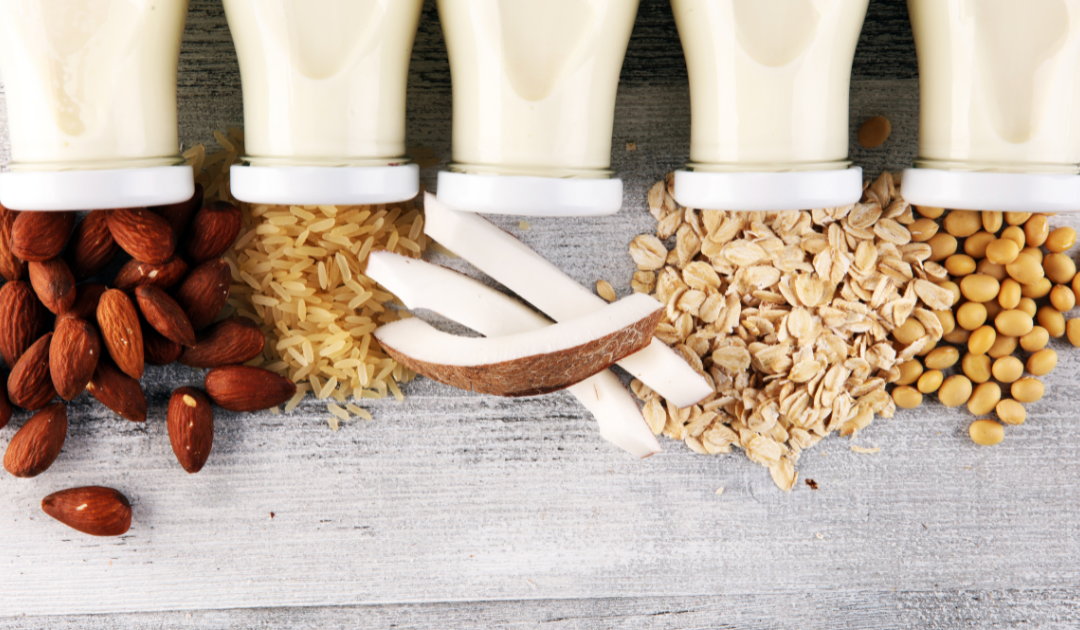 I am overwhelmed by the number of milk alternatives now available in supermarkets and coffee bars and wondering if the demand for these is driven by fad or more far-reaching and genuine concerns. I also want to compare cow’s milk with plant-based alternatives for nutritional value and impact on the environment. 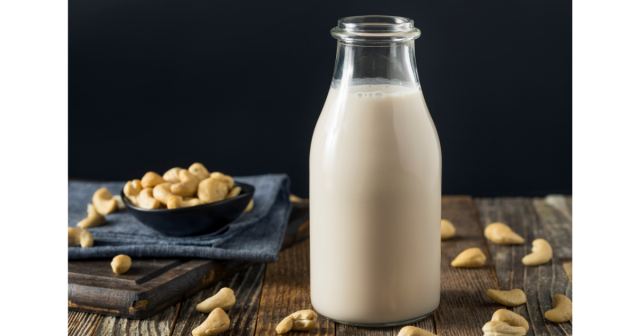 Milk is essentially our first food

The NHS recommends that babies drink breast milk or infant formula for the first 12 months of life and then be given whole cow’s milk as a main drink from the age of 1. NB: Plant-based milks lack the nutrients necessary for infants in their first year.

It may seem strange that while other mammals wean their young off their mother’s milk when they begin to eat more complex foods, we humans then introduce our babies to milk from another species.

Well, cow’s milk is an excellent source of protein and calcium, as well as nutrients including vitamin B12 and iodine. It also contains magnesium, which is important for bone development and muscle function, and whey and casein, which have been found to lower blood pressure. The NHS advises that children between the age of one and three consume 350mg of calcium a day, which they can achieve with just over half a pint of cow’s milk for healthy bone development. 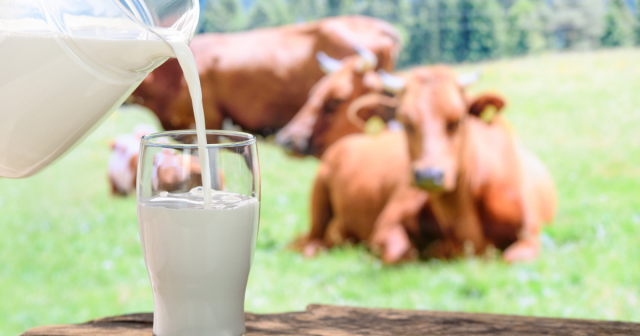 Is it better to drink cow’s milk or dairy-free alternatives?

Cow’s milk has a high nutritional value but it doesn’t suit everyone as it can cause digestive problems. According to BUPA,  one in every ten older children and adults in the UK are lactose intolerant, suffering side effects from drinking milk such as painful cramps, diarrhoea and flatulence.

As babies, we make an enzyme called lactase that allows us to digest the lactose in breast milk. Since humans started drinking cow’s milk, with the domestication of cattle some 10,000 years ago, we evolved to become ‘lactase persistent’, meaning that we continue to make lactase into adulthood and retain the ability to digest cow’s milk. But some people have remained lactose intolerant and as a result the use of dairy alternatives has been with us for centuries.

The earliest mention of soy milk was found on a Chinese stone slab from around the 1st century and by the 18th Century soy milk was a popular street food in China as people found it easier to digest than cow’s milk. The first soya milk factory for mass-production was established in Paris in 1910. 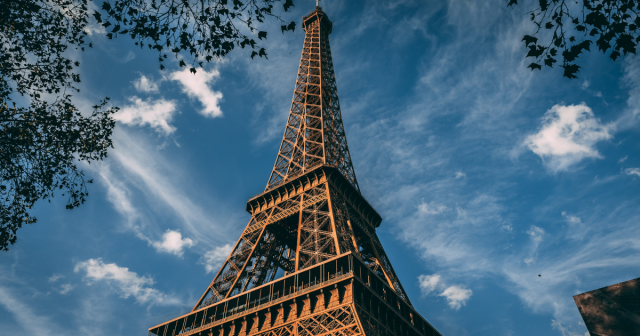 First soya milk factory was established in Paris in 1910

The production of cow’s milk with its greenhouse gas emissions, high water requirement and use of land has a significantly higher impact on the environment than many of the plant-based alternatives.

In addition to environmental and health concerns, the rise in veganism and clever marketing has resulted in the sales of dairy substitution products rocketing in the last decade. According to Future Market Insights, global sales doubled between 2016 and 2020.

Research from Mintel reported that one in three Britons will choose to drink a plant-based milk product with the uptake being higher among 25-44 year olds. 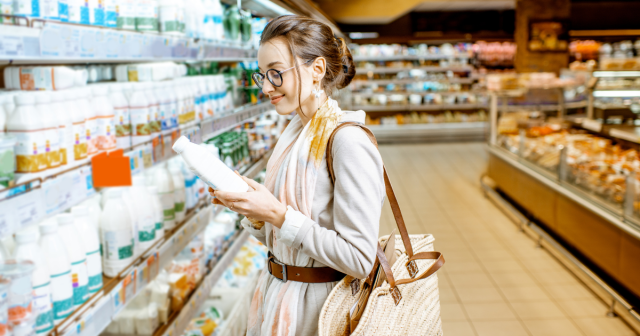 Whatever your reasons for wanting to find an alternative to drinking cow’s milk, there are pros and cons:

With such a wide variety of plant-based milk now available to us, which should you choose for optimal nutritional value and low impact on the environment? Each plant milk has a unique nutritional profile and there are substantial variances between the brands, so labels must be carefully read.

Let’s have a closer look at some of them: 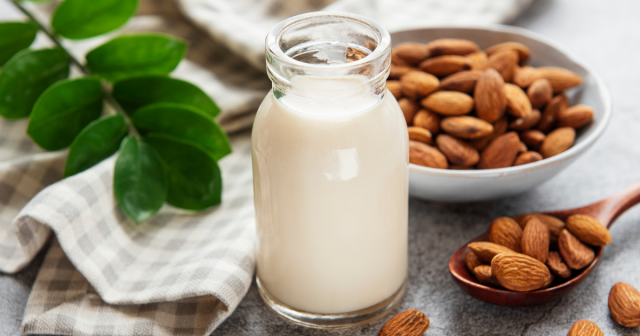 Pros: it’s lower in calories and fat than cow’s milk and has a rich texture and flavour. It’s naturally high in vitamin E, a disease-fighting antioxidant. During processing, it’s commonly fortified with calcium and vitamin D. It has lower greenhouse gas emissions than cow’s milk and uses less land than soy.

Cons: It’s low in protein containing only 1g per cup . Many brands are sweetened and contain a thickener called carrageenan which can cause digestive problems. Production of one litre of almond milk requires over six litres of water meaning that it’s not good for the environment. 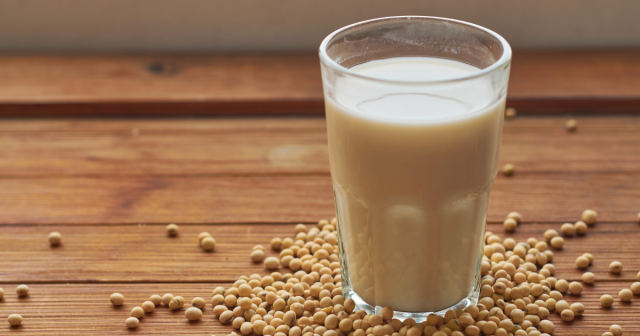 Pros: Has a mild flavour and contains a similar amount of protein as cow’s milk. It is free of cholesterol and low in saturated fats. It’s versatile and can replace cow’s milk in a lot of recipes.

Cons: It often comes with added thickeners and sugars. Production can cause deforestation and so to reduce impact on the environment it would be better to choose organic soy. 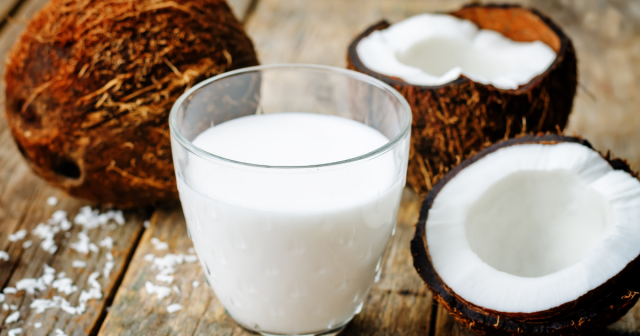 Note: This is the drink variety rather than canned coconut milk.

Pros: It has a creamy texture and mild flavour. It contains saturated fat, which goes straight to the liver where it is used for energy

It also has low water requirements and therefore a low environmental impact.

Cons: Naturally high in calories, so buy an unsweetened version. It is low in protein and may contain carrageenan, which can cause digestive issues. 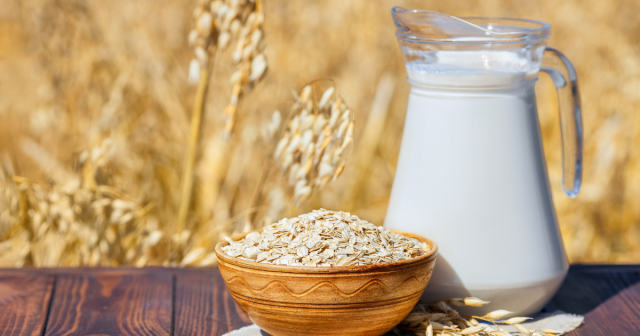 Pros: Versatile and often gluten-free, so it may be suitable for those with Coeliac disease. Oat milk is higher in fibre than cow’s milk, which may help lower cholesterol. Oats are mixed with water and then milled and blended to create a thick liquid. The addition of enzymes helps speed up the breaking down of carbohydrates and naturally sweetens the product. It is often fortified with vitamins and minerals to increase its nutritional value and its thicker consistency is great in coffee. It has a low impact on the environment.

Cons: pesticides can often be used to grow oats though organic brands are less likely to be affected. 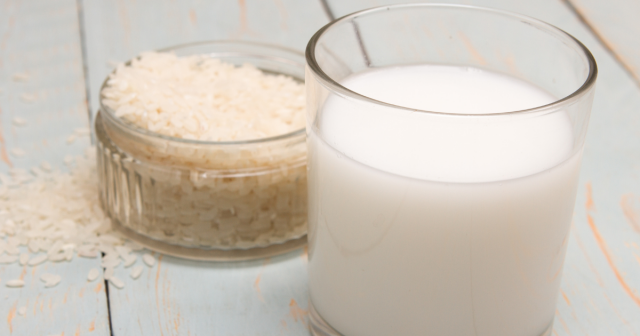 Pros: It’s the least allergenic of all non-dairy milks and low in calories. Rice grains are ground and filtered with water making it thinner than other milks.

Cons: Low in protein and high in carbohydrates. It usually contains more additives to improve its consistency. Beware giving it to young children as it is high in inorganic arsenic. 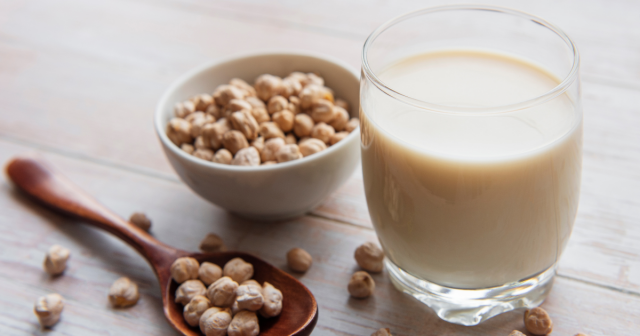 Pros: Made from yellow split peas, it is a good source of nutrients, including iron, potassium, Vit A and Vit D. It’s gluten-free and is a good source of protein. It also has 150% more calcium than cow’s milk. Environmentally it has a low carbon footprint.

Cons: It may contain oils, sweeteners and thickeners to improve the taste and texture, so opt for unsweetened varieties. It’s relatively new on the market and may be hard to find.