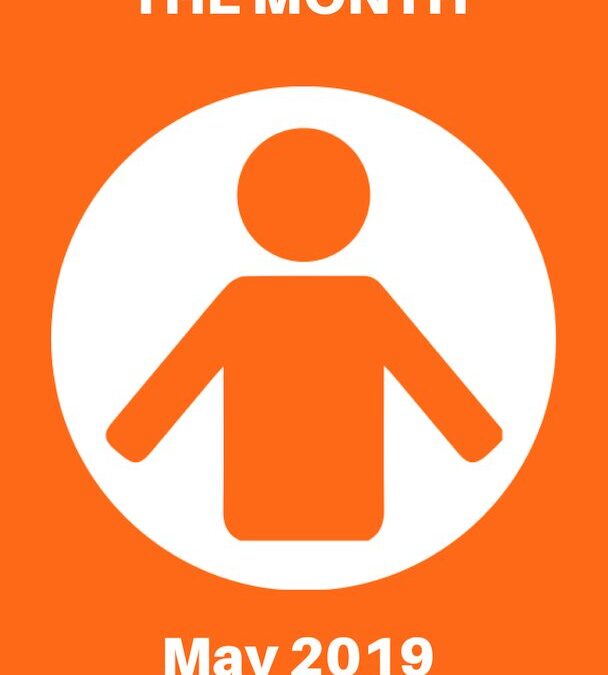 I hadn’t seen much of Kevin as he had been recovering from a ruptured achilles tendon he sustained whilst playing volleyball in October last year. We had a few training sessions which targeted mobility and strength,  as directed by Jackie, Kevin’s physiotherapist.

I had previously been working with Kevin, rebuilding his fitness and strength to play American Football again. He has sustained some serious injuries in his playing career but he was determined to play again. Playing volleyball was meant to be a bit of fun!

As Kevin recovered from the rupture, Jackie (physiotherapist) gave the green light to start light training and to rebuild strength and mobility in the ankle. In addition, continued development of strength around his old injuries were resumed.

At the very end of April, he had his assessment. There would be a further assessment to ascertain body composition, fitness, strength, mobility, power and health gains after 4 weeks of training and healthy eating.

At the April assessment, Kevin was feeling unfit, overweight and down after months of inactivity. He has always been a lean man. Playing American Football, Volleyball, sprinting and a regular visitor to the gym.

But 6 months of inactivity had taken their toll on his body and he weighed in 8 kilograms heavier than his pre accident weight. In addition, his body fat was  25.1%, the obese category. Kevin’s jaw dropped. He knew he had put on weight and 8kgs didn’t seem too much but unfortunately, he had lost muscle mass due to inactivity. This made the increase in body fat even more dramatic.

We agreed a course of action to get Kevin back to his fighting weight. Activity levels were increased. Junk food was dropped. Wine was restricted.

It usually takes a period of time to accept the changes required to improve heath, fitness and body composition. There’s first the nod from the client and the joint agreement that these changes have to be made. Then there’s carrying out the changes and this is where it tends to go wrong.

Changing inherent habits is hard, almost impossible. It’s all to do with our inertia. Our bodies are resistance to change. They like to keep a state of equilibrium known as homeostasis. This helps us to feel normal.

But remember, your hardest times often lead to the greatest moments of your life.

The plan for Kevin was simple. Eat clean, drink clean, train hard. His daily calorie allowance was 2500 calories per day. A normal amount for an averaged size man with normal activity levels.

Great news. He had lost 4.5kgs but had maintained his lean body mass. His fat mass had reduced by 4.5kgs and the body fat test confirmed a 4% body fat loss.

Anyone who has tried losing body fat will know how difficult and how long it can take to lose this amount. Especially whilst trying to keep a lean body mass. Astonishing. Kevin had kept to the plan and he looks much healthier and happier for it.

Kevin’s improvement in a short period of time has been amazing but the momentum does not stop.

He is working towards improving his muscle mass and strengthen his body. The ankle continues to improve and we are working on building muscle, strengthen tendons, bones and ligaments around the shoulders, elbows, neck and lower back. The injury areas he sustained as an American Football Player.

The body fat still needs to improve and he is looking at a further drop in the next month and aiming towards a healthy 17% body fat.

It can be done.