THE TRUTH ABOUT WHEAT 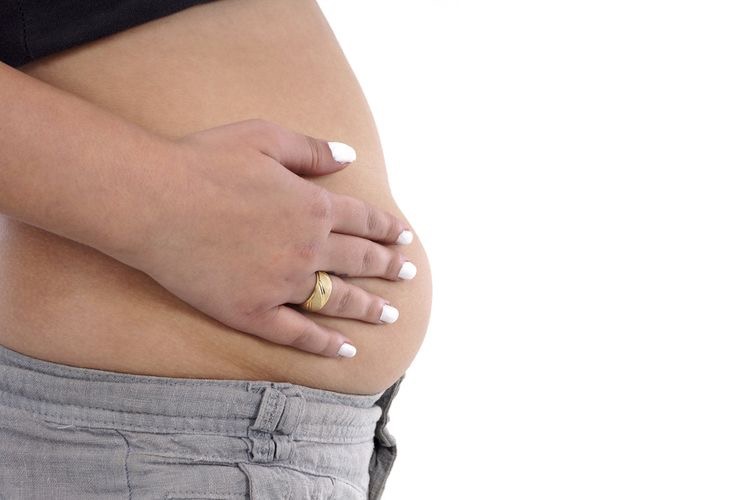 It’s a hugely debated topic in the health, fitness, diet and medical world. There is almost as much disagreement about the negative impact of wheat in our diet as there is in a Brexit debate.

Wheat has been a staple diet among humans for centuries. However, the wheat that our ancestors eat varies to the wheat we eat today and this is where I believe the issues start.

Circa 3300BC, the first wild cultivated wheat was called einkorn. It has a simple genetic code containing only 14 chromosomes.

Then there was the cultivation of the first einkorn plant with goat grass which originated in the Middle East. Goat grass added its genetic code resulting in a complex 28 chromosome emmer wheat (Triticum turgidum).

Triticum aestivum changed little for many centuries until the 18th century when it was discovered that the 3 plants making up wheat had now 5 different varieties. This didn’t happen naturally but by explorers who accidentally took wheat seeds in a sack of rice to Mexico which was then introduced to America. Cross contamination and a gradual expansion of wheat plants has produced the modern human-bred offspring of fine flours and pasta we have today.

Triticum wheat today is the product of breeding (GMO) to generate greater yield and resist extreme heat, frost, droughts, floods and pests through nitrate fertilisation and pesticides. Definitely not good for health.

The difference is visual too. Modern wheat is much shorter and the seeds depart from the stem more readily for better yield. These dwarf plants are a far cry from tall fields of wheat grain gracefully waving in the wind. It’s about mass production and profit.

I’m starting to understand why modern contaminated wheat may be an issue for our ancient guts.

I have had issues after consuming wheat products that contain the infamous protein called Gluten since I can remember. These issues include:

I have an auto-immune disease called Hashimoto’s disease which is an under-active thyroid gland (Hypothyroidism). The thyroid gland is a butterfly shaped organ located in the base of your neck. It’s function is to release hormones to control metabolism. The thyroid gland regulates many vital body functions including:

Therefore, I have been very interested in the latest research linking the consumption of wheat with hypothyroidism. Reduced thyroid anti-body titre levels have been reported by scientists studying the effect of a gluten-free diet on subjects suffering from hypothyroidism.

So, did my mass consumption of wheat throughout my life lead to an auto-immune disease?

This led me to do some reading around the subject to understand the effect on wheat on my gut microbiome and it’s effect on my condition.

Gluten in latin means glue. The sticky substance left when you are kneading mixture into dough after washing away the starches and fibre is gluten. Gluten allows dough to stretch, roll, twist and spread. Without gluten, wheat would lose its unique qualities to transform wheat into pizza, bagels and other wheat products.

Gluten is a protein found in the wheat plant and it stores carbon and nitrogen for germination of the seed. It is made up of 2 proteins, gliadins and glutenins.

The gliadins are the protein group that are the major triggers to the immune response in coeliac disease. The responses by the immune system can vary from person to person and can include abdominal cramps and diarrhoea. However, it can trigger other negative responses in the body through intestinal permeability (leaky gut). 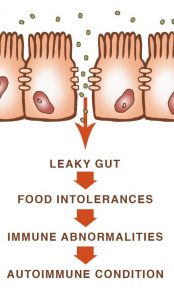 Leaky gut has been reported as a result from consuming gluten products. When your intestinal wall is compromised, undigested food particles, toxins and germs can pass into the bloodstream, triggering the immune system and causing inflammation. And, inflammation is not good and can cause havoc with the body. These can include:

The current scientific research confirms that eating wheat compromises our health by damaging our gut microbiome.

For the past 4 weeks, I have not eaten any wheat. The fact that I feel good and have more energy is subjective.

I have lost a little weight and noticed my waist size has reduced by 2cm and those annoying love handles (part of the wheat belly) have disappeared (probably due to consistently low insulin blood sugar levels – wheat has a very high GI).

I have changed my diet to consume more healthy fats, dark green vegetables and less carbohydrates. The only carbs I am eating are wild grain rice plus some starchy vegetables such as sweet potatoes (I also have an afternoon snack of berries and seasonal fruit).

And, my brain fog seems to have disappeared.

My annual blood tests examining the levels of TSH and T4 in the body will be next April. So. I’m hoping there will be a positive shift in the results due to elimination of wheat from my diet.

It’s early days, but the signs are good. I feel better, more alert and positive with greater energy levels. And my gut does not hurt after eating!

Let’s see if as I believe, wheat is definitely not neat for the body after my blood tests in April.