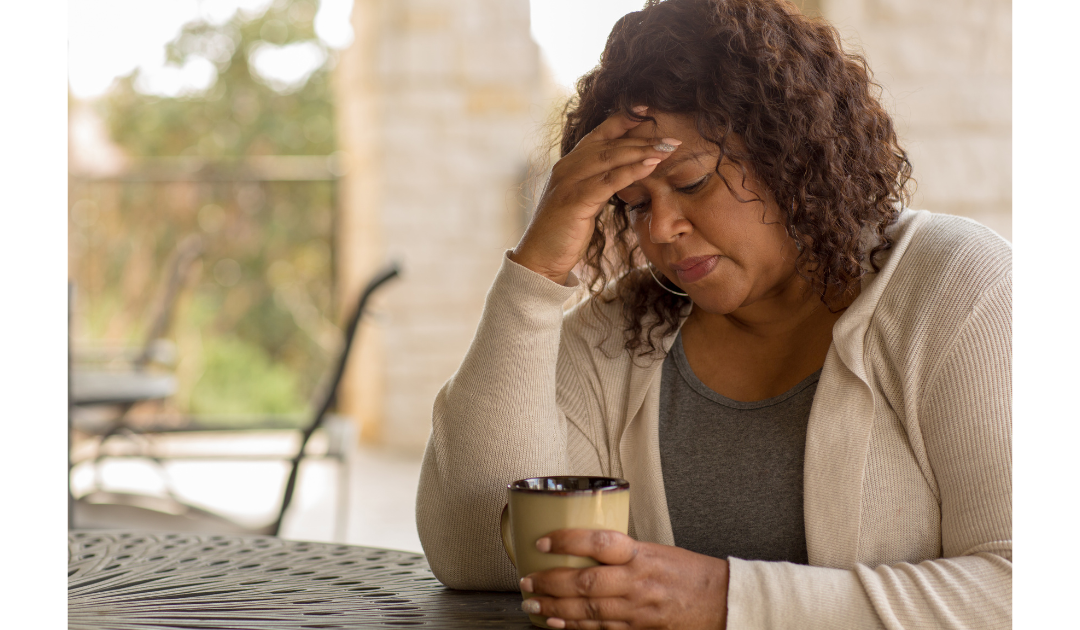 “It’s the loss of everything I used to be and there’s nothing to replace the person I used to be except this new person that doesn’t sleep and is consequently a bit unhinged…  It’s so horrible.”

If you’re female then this may sound familiar? The quote is from research carried out by Women In Sport and is a common reaction to the menopause when female hormone levels change. The emotional fallout can be as debilitating as the more physical consequences and so it’s no surprise to learn that a third of women drop off from physical activity during menopause when their self-esteem falls off the scale. This is concerning as there is evidence that exercise can help maintain muscle mass and bone density in post-menopausal women as well as boost mood. 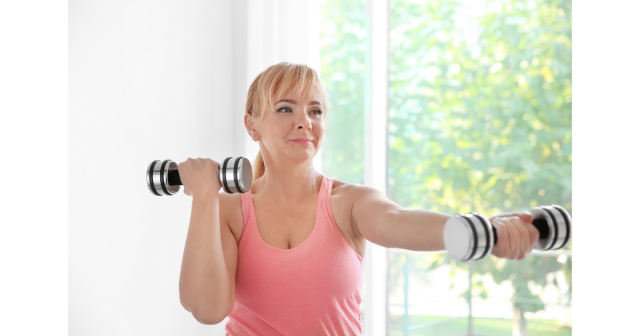 exercise can be helpful to keep your body healthy as you approach the menopause, and after your periods have stopped

The menopause is a natural event, commonly occurring between the ages of 48 and 55, when a woman’s production of oestrogen and progesterone decreases and menstruation stops. Given that over half the UK population is female, it’s hard to understand why talking about the menopause has been taboo for many years. Why the silence? Could it be that women have felt embarrassed and possibly defensive about this obvious sign of ageing? Perhaps understandable in a competitive sports arena or in an office where younger women are nipping at your heels. No wonder anxiety levels peak when a woman can’t mention that she feels like a boiler without a thermostat, sweats profusely at inappropriate moments, and has a memory like deepest fog. 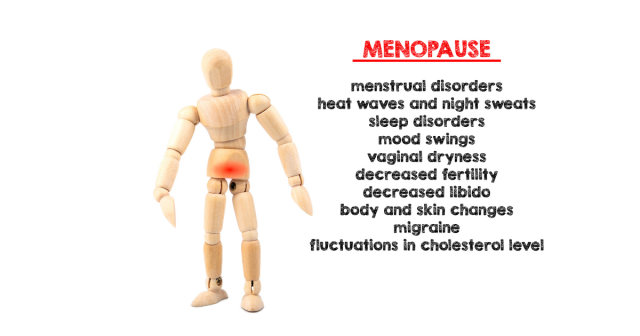 Thankfully, in recent years, women with influence such as Lorraine Kelly, Davina McCall, Sharron Davies and Gabby Logan, have spoken out and normalised conversations about the menopause. Louise Minchin, a BBC News presenter, feels that talking about the menopause on the news led to greater understanding and support: “Men and women both said, this explains so much to me about this person I love or the way that I’m feeling. Lorraine Candy, the former Editor-in-Chief of The Sunday Times Style magazine has also spoken about the menopause in her podcast Postcards from Midlife and says, “It’s vital that we show women getting active … In our research, 30% of women said they were ‘less active’ during menopause. Being active can help sustain and improve women’s physical and mental health during menopause and beyond, and we’re committed to making it part of women’s lives.” 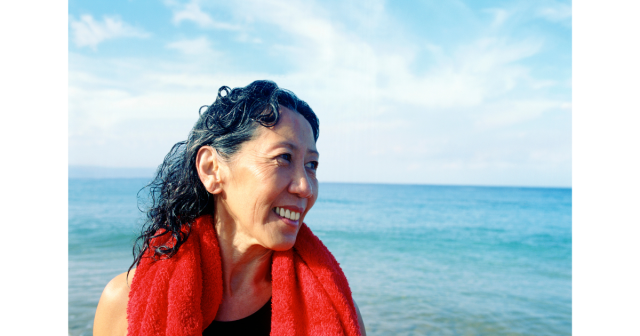 How does being active help a woman at this time? The menopause puts a woman’s body at risk of osteoporosis because the decline in oestrogen production affects the amount of calcium in your bones and may decrease bone density. It can also cause arteries in the heart becoming less flexible, which can impact blood flow leading to dizziness and cardiac palpitations. 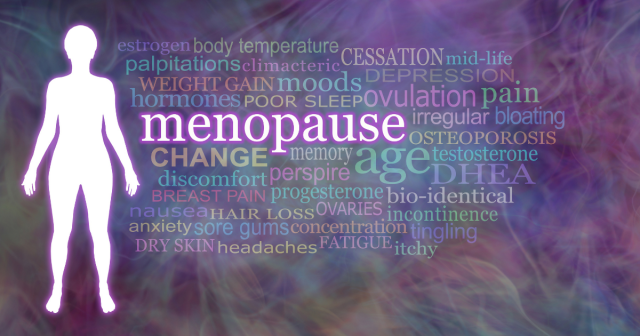 11 things every woman should know about the menopause

It makes sense to continue to exercise through the menopause and beyond. Bupa advises both muscle-strengthening exercises, i.e. lifting weights, using resistance bands or doing body-weight exercises such as press ups and weight-bearing exercises, i.e. supporting your body weight through your legs, feet, arms and hands (walking, jogging, dancing or playing tennis). Remember that bones get stronger as you use them! Alongside this BUPA advises cardiovascular exercise to make you breathe more quickly and cause your heart and other muscles to work harder.

A weekly dose of cardiovascular exercise could be:

– at least 150 minutes of moderate activity, such as cycling or brisk walking

– or 75 minutes of vigorous intensity, such as running or playing sport

– or several short sessions of very vigorous activity, such as sprinting up hills

Eating a healthy diet will also boost heart and bone health. Try to include at least five portions of different colour fruit and vegetables, plenty of fibre-rich cereal foods, fish, nuts and pulses. Aim for two to three portions of calcium-rich foods, such as dairy products or dark leafy greens, every day. It also helps if you can reduce caffeine and alcohol intake to help manage hot flushes and you may consider taking vitamin D supplements.

In theory this all sounds good, but if a menopausal woman has had a bad night, woken up in a sweat, feels achy, lethargic and depressed, doing exercise is probably the last thing that she will want to do.

Arj Thiruchelvam, a personal trainer interviewed by the Guardian newspaper, has a ten-minute rule, “If I wake up and I don’t feel like a workout, I think, I’ll do 10 minutes and if I still feel rubbish, I’m going to stop. That’s the biggest piece of advice I can give anyone – 95% of the time you’ll feel fine after 10 minutes.”

In the same article, personal trainer Lucinda Meade, says that women now in their late 40s and 50s who began exercising in the 1980s, when it was all about looking skinny and weight-training was unpopular, may not readily take to it now.  She suggests, “Dancing, rock climbing, climbing trees, anything: find the thing that works for you… but there must be some strength element.” By the time millennials become menopausal they are likely to have a different mindset as they will have been used to a different gym culture and are likely to be more used to weight- training. 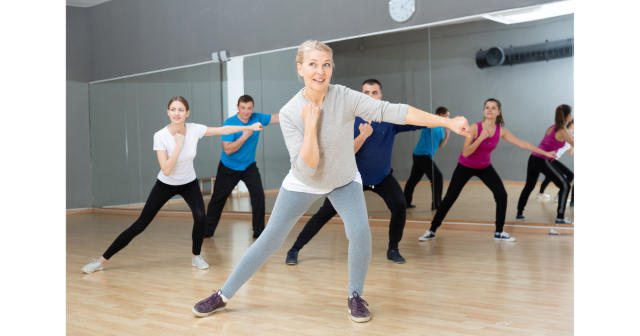 Going through the menopause is a natural time for reappraising what women want from life, making change more likely. A survey by Women in Sport (2018) found that 34% of women found they were less active during menopause BUT 84% wanted to be more active. Often, when children have left the ‘nest’ women have more me-time and are looking for new experiences, wanting to do things to make them feel good mentally, which can include exercise where they will also reap the physical benefits.

To encourage women into taking more exercise a health provider can:

– Empower women to feel that being active is a ‘new beginning’

– Offer activities that are flexible and low commitment 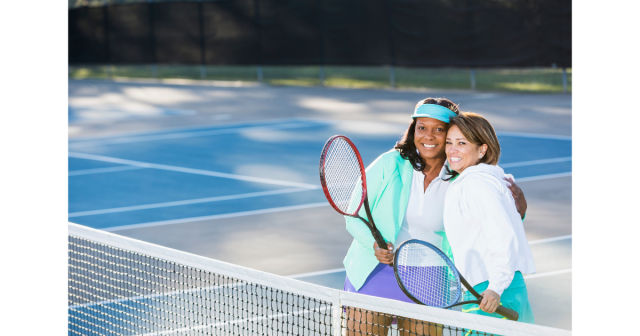 Note: If you are going through the menopause you may have already considered Hormone replacement therapy (HRT) and this can be used by many women to help control menopausal symptoms. However, the decision to take HRT should be discussed with your doctor as its use is not suitable for all women due to other health problems.