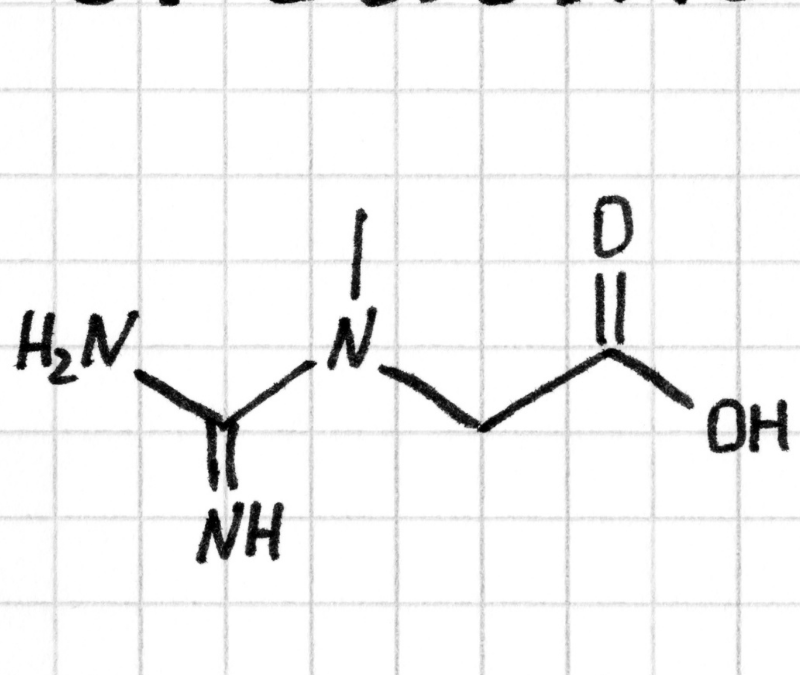 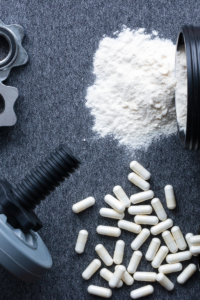 You probably heard it mentioned at the gym or chatting to a personal trainer, read about it in a fitness magazine or online, but what is creatine monohydrate and how can this ergogenic aid improve health, fitness and performance.

Creatine monohydrate as oppose to creatine ethyl ester, creatine hydrochloride, buffered creatine, liquid creatine or creatine magnesium chelate, is one of the most researched and tested supplements. It has an outstanding safety profile and has been used for decades by athletes and exercise enthusiasts.

It is naturally produce in the body by the liver, kidneys and pancreas. It is made up of 3 amino-acids, glycine, arginine and methionine. These are converted into phosphocreatine and stored in skeletal muscle. We produce about 1-2 grams per day and excrete the same in urine. In addition, a typical omnivorous diet produces about 1-2g of creatine per day, which is found in red meat, poultry and seafood.

Creatine maintains energy for high intensity exercise such as football, weightlifting or repetitive sprints. It gives you about a 25% increase in capacity compared with non supplementation. Approximately, 95% of free and phosphorylated (PCR) creatine is stored in skeletal muscle and 5% is in our brain and reproductive organs. There is also evidence that creatine supplementation can help cognitive abilities. 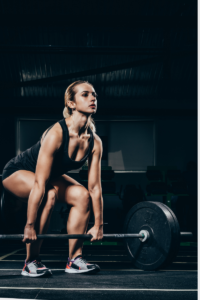 During exercise, the source that powers the movement of contraction in working muscles is adenosine triphosphate (ATP). There is sufficient ATP in the muscles for 2-3 seconds of exercise. After this, more ATP needs to be made.

This is quickly rebuilt using the ATP-PC system by phosphocreatine (PC), also known as creatine phosphate. PC is made up of a molecule of phosphate and a molecule of creatine. There is enough stored PC in the body to restore ATP for about 8-10 seconds.

Once this system is used, energy is rebuilt using the lactate system.

Glycogen, the ingested carbohydrates from our diet is used to make ATP. Glycogen is transferred into glucose. This takes about 12 chemical reactions, so the energy provided is slower than the creatine phosphate system. The energy provided by this pathway will last for about 90 seconds.

Oxygen is not needed as it takes some time for the heart and lungs to produce oxygen to the working muscles. However, the by-product of using this system is lactic acid.

Within 2 minutes of exercise, your body starts to use the aerobic system. Aerobic respiration is used to break down the glucose for ATP. Glucose comes from the remaining supply in the muscle cells, from food in the intestine, glycogen in the liver, fat reserves and sometimes the body’s protein during prolonged bouts of exercise. Due to the presence of oxygen, the chemical compound pyruvate does not ferment to lactic acid.

With creatine supplementation, the ATP-PC system can theoretically expand from 8-10 seconds to 12-14 seconds. This delays the reliance on glycogen which is the next big energy source in exercise and acts as a lactic acid buffer. 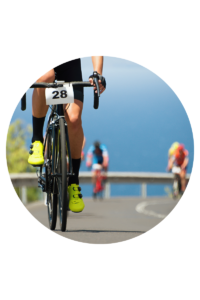 So it seems that creatine can aid increased muscle mass and muscle endurance.

Supplementation of creatine causes our muscles to swell and increase water retention. It does add weight for the first 10 days but then subsides as the body adapts to supplementation. This can cause issues with certain athletes for weight limit sports, long distance events or individuals on a weight loss programme. However, it comes down to the type of strategy used.

If using a loading phase over 5-7 days, ingestion of 20-30g creatine monohydrate will show an increase of 1-2kgs in body weight due to water retention. If the loading is over a longer duration, say 6 weeks to 12 months at 0.1g per kg of bodyweight, there is no evidence to show an increase in weight gain.

Strategy may also help with other possible side effects such as muscle cramping, nausea, diarrhoea and dizziness but the common consensus is that it’s safe. In addition, there is no evidence to suggest either loading or long term use damages the kidneys. 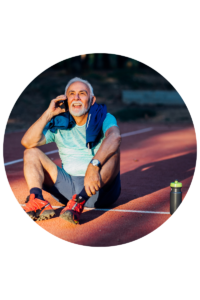 As we age, especially around the 5th decade, we start to lose Type 2 muscle fibres, thus reducing our creatine storage levels. This is due to the inactivity of using Type 2’s as we age. The older we get, the more we migrate towards low impact activities like walking and long bike rides.

So, creatine supplementation may replace some of the offset that is naturally occurring. And as we age, weight training for Type 2 development is as important as aerobic exercise for cellular health.

An increase in bone density content is hugely advantageous, especially when falls are one of the most common injuries sustained by the older population.

The key though is resistance exercise. Creatine will not work alone in producing these improvements.

Creatine has been reported to have benefits for the brain. And in addition, you do not have to exercise to receive the benefits.

Research shows an increase in brain function like those in muscle and heart through creatine supplementation. Improved recognition memory and reduced mental fatigue have been reported. More long-term research is required, but so far, findings have been positive.

Supplementation of creatine is advantageous for a wide range of the population, not just athletes or exercise enthusiasts.

Whether you’re retired or an Olympic athlete, supplementation of creatine creates huge positive changes from neuroprotective agents for the brain, to enhanced power and strength, anti-inflammatory benefits and healthier bone density.

There will always be non responders and responders in any research group. However, it seems that age, sex and diet have some impact on how well you respond to creatine monohydrate supplementation.

For example, if you take a female, post-menopause and vegan, they would likely respond more favourably than a younger female on an omnivore diet.

Would I take creatine?

I have only used creatine monohydrate for a loading phase pre competition. The only side effect has been an increase in weight through water retention.

It’s difficult to answer whether supplementation increased my performance. My best performances have been mostly down to a carefully structured training programme, healthy diet, plenty of recovery, rest and tapering.

For me, creatine was the icing on the cake.

It may be the icing for you!