CHING – NOVEMBER 2021 CLIENT OF THE MONTH

It’s been exactly 2 years since Ching was joint client of the month with her rowing partner, Mel. Fast forward to November 2021 and Ching has achieved more success on and off the water, winning races and achieving lifting personal bests. 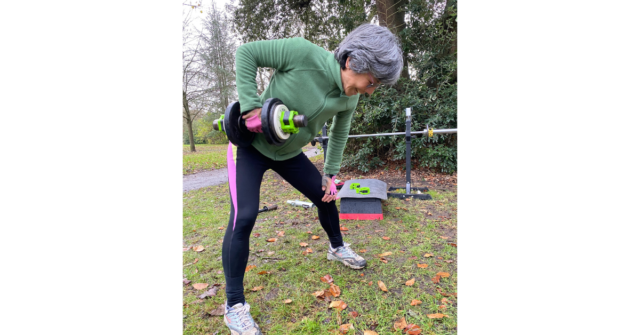 Ching lifting heavy twice every week has been key 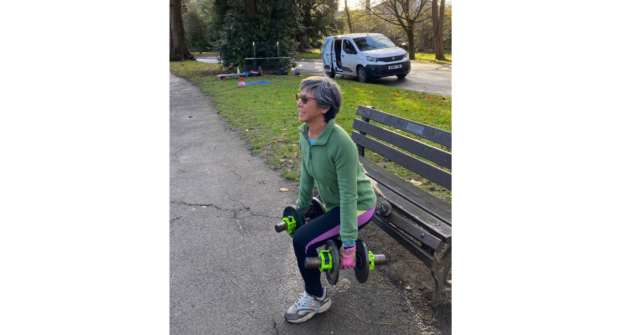 Ching training legs – the pistons of the athlete

Ching, a lightweight masters athlete from Bradford-on-Avon Rowing Club and rowing coach at Minerva Bath Rowing Club has been lifting consistently for two years. And Ching’s gains in the weights room have had a positive impact on her performances on the water and the bike.

After a horrendous windsurfing accident and a dislocated shoulder in 2010 at Club La Santa, Ching moved to Bath and joined a local rowing club where she learnt to row.

Making the transition from coxing to rowing was relative simple for Ching. However, she noticed that technique can only get you so far in the sport.

In 2019, Ching started to lift weights to increase her strength. In addition, she wanted to reverse some of the ageing processes that occur in our fifties by embarking on a structured strength and conditioning plan.

Fast forward to 2020 and Covid-19, Ching migrated to her bike and the focus of training became cycling due to rowing clubs being locked down during the pandemic. As Ching slowly built up distance and speed, she found she enjoyed cycling as much as rowing.

Ching’s spring training consisted of phase two base training which focussed on building fitness and endurance using the bike and rowing ergometer (Concept2 rowing machine). On top of that, she was lifting once a week.

However, after a few weeks in the spring, Ching’s improvements plateaued.

Ching and I had a discussion about increasing the frequency of her weights. “Tony said you can go faster and be stronger with another weekly weight training session” remembers Ching. So, we added another weekly lifting session into the programme. 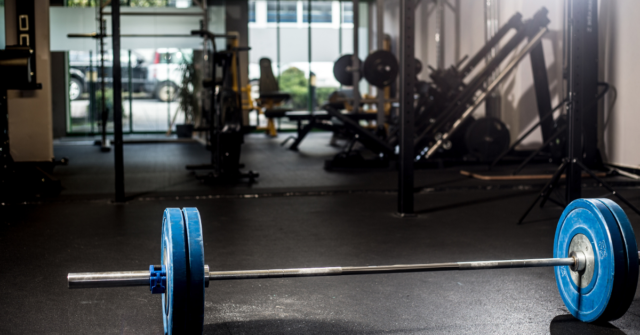 As we age, being able to maintain muscle mass becomes increasingly difficult as hormone levels subside. Decreased range of motion due to changes in connective tissue and in some, arthritis, adds to a decline in muscle mass.

It have been reported that we lose strength by approximately 3-8% per decade after the age of 30 and this rate increases after 60.

After 50, the rate of muscle atrophy is closer to 1% per year. Add in hormonal changes, declines in activity, an unbalanced diet, less sleep and the ageing process is accelerated.

One of the ways to combat age-related physical issues is to incorporate strength training into your life.

When you add strength training, the following benefits occur in the body:

Ching’s first rowing race of the Head season was in the single scull on her home stretch of water in Wiltshire. Ching had planned to race a mixed quadruple scull (two men – two women) and a women’s double scull. 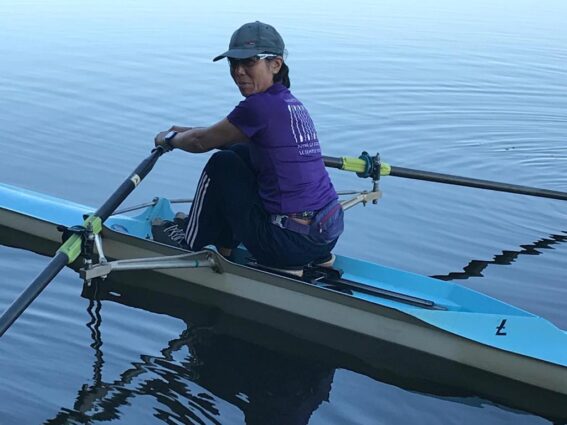 client of the month Ching ready to race

Unfortunately, Ching’s doubles partner was unwell on race day. So, a quick chat to the organisers and Ching was entered into the single scull. Unprepared but fit and strong.

“My thoughts at the start, don’t fall in, find the stream and the racing line” said Ching. She surprised herself. “It was an amazing race. I remembered every bend, every tree to avoid. I felt in the moment and in control and more importantly, I was racing in the zone. High stroke rate 32 to 33 strokes per minute for a time of 7 minutes and 37 seconds.”

Her heart rate watch recorded an average at 95% of maximum heart rate for the entire race. Almost maxing out, Ching stayed strong and focussed to stick to her race plan.

When the results were out, Ching had beat younger and taller scullers. The nearest competitor was 15 seconds adrift and she had beaten some quadruple sculls and her old racing partner by 1 minute.

The training had paid off. At the age of 57, Ching was the fastest woman single sculler of the day. And as a lightweight, she beat taller, heavier and younger competitors.

And this success was repeated at Monkton Bluefriars Head race where she finished second in a quadruple scull loosing to a younger crew by only a few hundredths of a second.

In November, Ching raced at Avon County Head in a Masters Women’s eight finishing fourth out of fourteen women’s eights. Ching recalls this race as “a brilliant race in beating local clubs and university crews.”

The importance of goal-setting 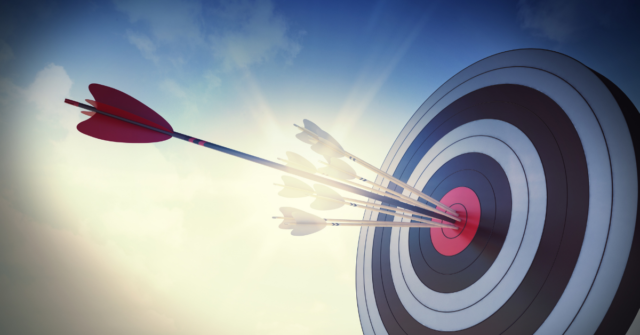 goal-setting for focus and motivation

Another factor in Ching’s recent success is goal-setting. Ching targets races. She says “targets like cycling and rowing events makes a difference. Challenging yourself on different courses focuses the mind and the competition pushes you in training.”

She is always nervous before races which I believe is essential for good performance. “Actually competing in the event is the easy part because you can’t do any more training. It’s the getting there that’s the hard part” says Ching. 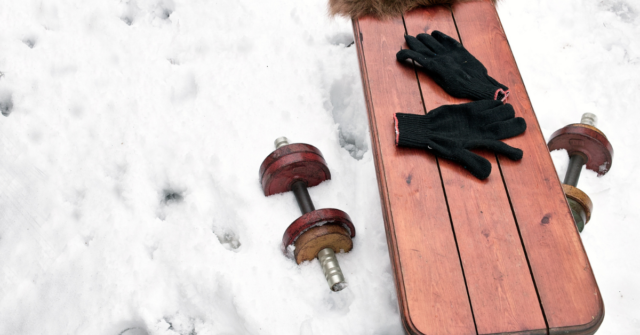 winter training and focussing on short-term goals is key

Ching competed in September’s Women’s 100, a celebration of women’s cycling. She says “having an event or challenge helps motivation throughout the winter. I love a challenge. For the second challenge, I am going to ride 500km in 8 days starting Christmas Eve and finishing New Years Eve.

The winter races are much longer than events in the summer. The focus is endurance. We are currently focussing on building Ching’s endurance levels and increasing her base strength with low multiple rep sets and heavy resistance loads.

The races in the summer are four to five minutes and the emphasis is based around speed and power. The training will focus on intense short intervals in the boat and very low repetition lifts focussing on explosive lifting. The exercises are based on compound lifts. 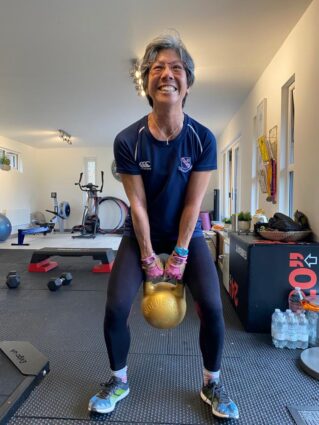 client of the month Ching swinging a 48kg kettlebell for power!

As the Omicron variant of Covid-19 has made gyms and rowing clubs less safe, having the local parks open has  continued to help Ching and my other clients lift and train safely.

“Having Tony and his mobile van with all the equipment you could want is like a sweet jar. It just gets better and better with more and more toys. This has kept me going in the snow, rain, mud and hot days. I’m surprised that the weights and training has paid off with amazing results” says Ching.

The sports of rowing and cycling are complimentary and are great for cross-training.

Firstly, they are low impact. Cycling also engages similar muscles to rowing. There have been numerous examples of athletes crossing over sports with great success.

In December 2020, German Olympic rower Jason Osborne shocked professional cyclists by sprinting to victory in the first-ever men’s eSports Cycling World Championships staged on Zwift. Osborne made light work of professional riders with Grand Tour victories and cycling World Championship titles on their palmarès. The 26-year-old, who is a former rowing world champion and competed in rowing at the 2016 Olympics was in fact racing from the German rowing team’s training camp in Portugal as he prepared to compete at Tokyo 2020. Despite his unbridled commitment to rowing training, Osborne’s ability to harness his rowing power when cycling on Zwift proved decisive.

British rower turned cyclist Rebecca Romero famously won world championship titles in both rowing and then cycling and competed in both sports for Great Britain at the Olympics, winning a silver medal for GB in rowing at Athens and then a gold medal in cycling just four years later in Beijing. 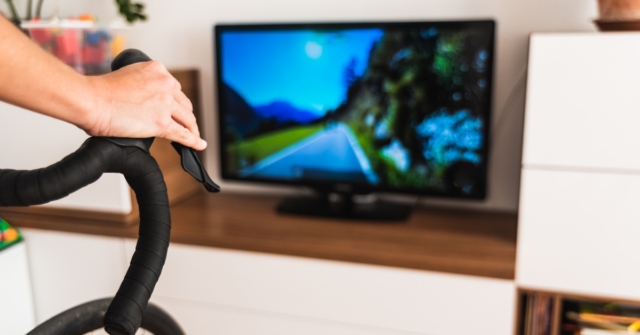 training on a bike and a rower for success

In terms of energy expenditure, 30 minutes of rowing can be worth more than double that on the bike.

And if you need more proof, look at Ching’s recent successes.

Another impressive client of the month. Use Ching’s story to motivate you to success in 2022.